I had an interesting day yesterday. I got a call late on Tuesday night asking if I would like to play a gig in Vicar St less than 24 hours later with a Scottish singer-songwriter – as support to Eddi Reader.

So yesterday at 11am I met Ross for the first time in Riverstown, and yesterday at 8.30pm we played 7 songs in front of 1000 people.

If I wasn’t a musician, I would be wondering how this happens – how two people who have never met before can play on a big stage like that only a few hours later. So while this blog never has been and never will be a diary, I thought readers may be interested in the various stages we went through yesterday.

So from 11-12.30 Ross played me his songs – live on guitar – one by one. I listened for the chords and made some notes, while Ross guided me through the structures of the songs and parts he wanted me to play on certain sections of each one. I knew I was in the presence of a serious operator by not only the quality of the songs, but the intensity he brought to each song – even though it was 11am and he was only playing them for me he performed them like he was in front of a paying audience. 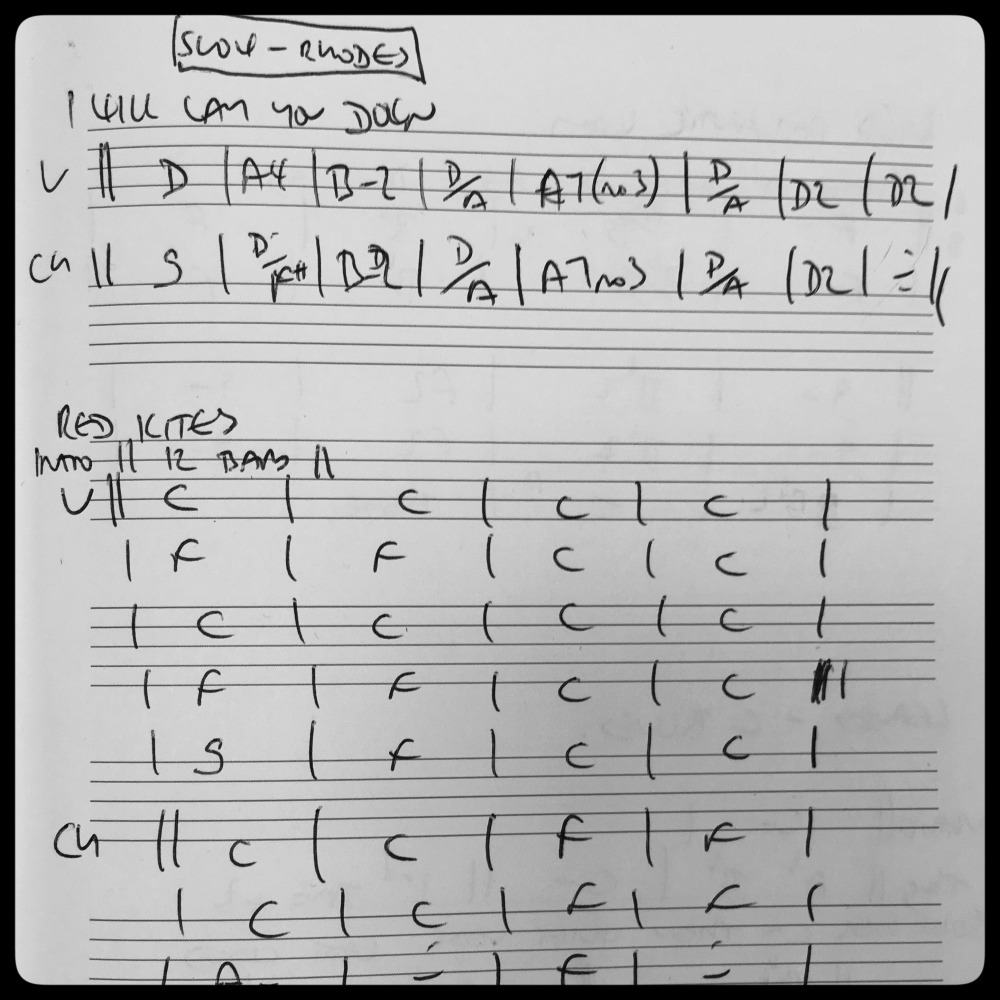 We made our own way then to Vicar St – on the drive I listened to the studio versions of the songs on Spotify on repeat to get them into my head. I knew I wanted to do the gig without any charts so this step was crucial.

Once Eddi Reader’s band was finished their soundcheck, we got an hour or so on the stage, where once again we went through the songs one by one. By this stage I had committed them to memory as best as I could and did the soundcheck/stage rehearsal without charts, as I wanted a dry run in show conditions before doing the show.

Ross is energetic on stage, is authentic, knows how to connect with an audience, and in his own words, wanted to ‘smash it’ from start to finish.

I kept my eyes on him almost from start to finish, blocked the crowd out of my head (you can afford to do that when you’re not the one in charge of interacting with them) and with the help of some cues from Ross, his professionalism and the work we had done together on the songs during the day, we smashed it.

I was really impressed with Ross – as a musician, songwriter and a person. It was a great day – and we will hopefully get to play together again. His music is on Spotify under the name Blue Rose Code – and you can check it out here.