At about 6.30pm on the day of the recent Theme Night #22 in Vicar St, our soundcheck and rehearsal finished. I had a look at my phone before retiring upstairs for some dinner, and there was a text from a friend of mine saying she was on the road up from Sligo to the gig but had forgotten her tickets. Was there anything I could do??

We got her sorted, and she sent me a message a few days later saying she felt embarrassed having to text me at that moment after having made the fairly basic mistake of forgetting the tickets. I told her it was fine and not to worry about it, but there is a special feeling you get when you have done something silly like that, and it usually takes more than a kind word to get rid of it.

I know this now, because of something that happened last night. My car is sick at the moment, and so I have borrowed someone else’s car for a few days. It’s a newer, or ‘fresher’ (Sligo car sales lingo) car than mine, and the ignition key is not separate to the fob as it is on my keyring, but instead tucks nicely into it.

So I finished what I was doing, and picked up my keyring with the fob on it, but for the life of me couldn’t find the key. It was dark, so I borrowed a torch and searched the car, the carpark around the car, but no sign of the key. It was of course tucked into the fob the whole time, but it took the guts of 10 minutes for me to realise this, and man did I feel silly when I figured it out! 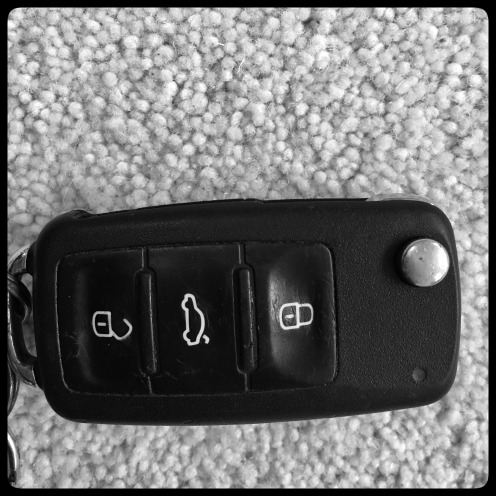 Forgetting a ticket, not finding your keys – these are fairly harmless errors in the greater scheme of things. But if instead of forgetting a ticket, someone forgets to carry out a safety check on an certain part of an airplane the one time it happens to be faulty (which can happen)….well you get the rest.

Everyone makes mistakes, everyone feels silly sometimes. If it happens to you, don’t beat yourself up – look at the bigger picture and have a laugh about it.

However it’s happening regularly, or your mistakes can lead to more serious consequences, then it’s time to start thinking about developing a system which takes out the risk of human error.