Once upon a time, there was a street in a town with three butcher shops. The competition between them for customers was fierce.

One day, one butcher wanted to steal a march on the others, so he put a sign in the window which said “Best butcher in Ireland”.

The second butcher saw this and decided he had to do something to counter it, so he put a sign in his window which said “Best butcher in the world”.

The third butcher, not to be outdone, figured he too should put up a sign. And after he did, all the people in the town bought their meat from him. It read as below. 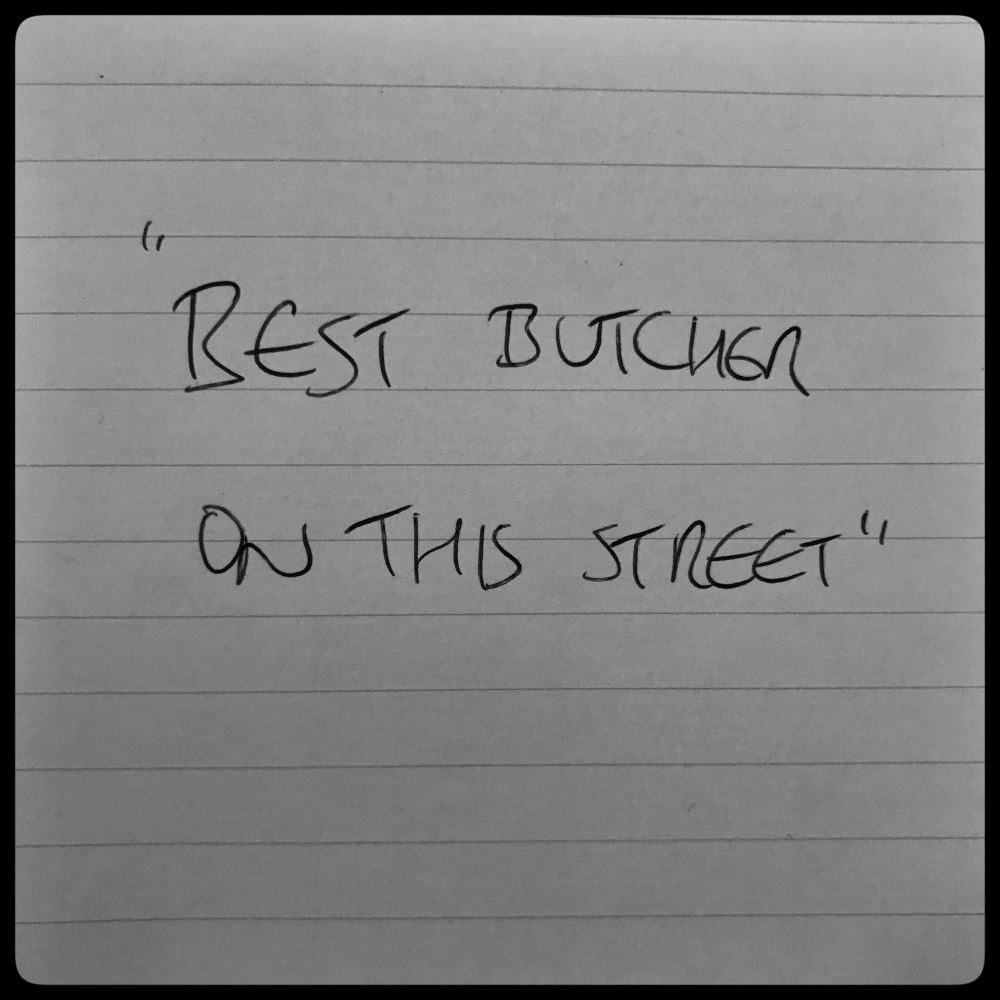 It pays to focus on what’s achievable for you right now.